Can Being Online Hurt My Business? 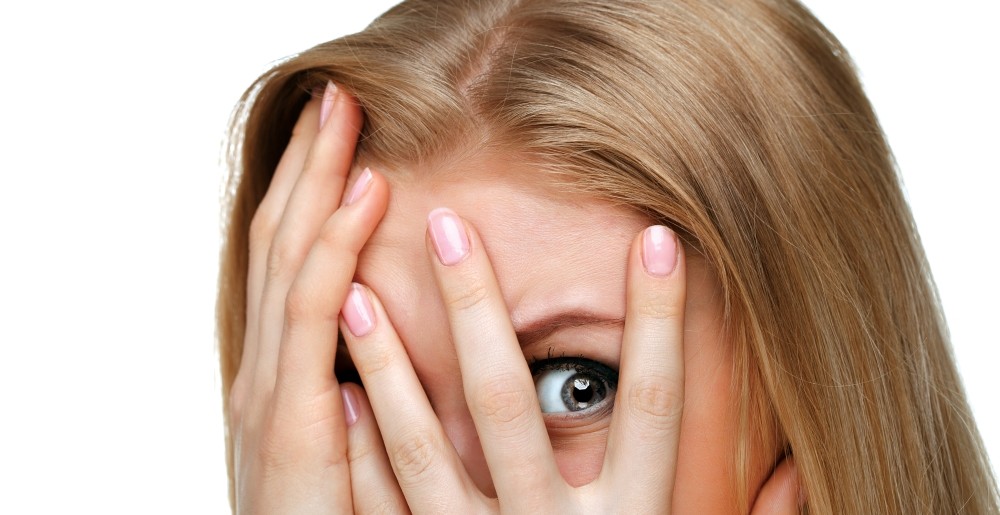 So up till now we’ve discussed the ways in which being online can help grow your local business. We’ve seen why you should be online, how much online presence is “enough,” and shown how selling your products online will lead to new feet through your door.

But we know your business is like your baby, and most business owners are very protective of what they’ve built. Which may cause some to fear the exposure being online can bring, and to resist using the internet to grow their business all together.

So let’s take an honest look at the potential negative side to your online presence.

You Can’t Control Things Once They’re Out There

If you share a post to social media, or even if you upload images to your own website, those things are now in the public sphere. You can’t control what will be said about them or how they will be shared.

This may seem a bit scary, and in fact it is true that occasionally people get offended by things they see businesses share and say negative things about that business. However, this is the case with any advertising or promotion you do for your business, online or off.

Most people, however, understand that there are some bitter people in the world who say bad things just to cause trouble. When you realize this, every negative comment becomes an opportunity. Because it’s not the original negativity that hurts businesses, it’s how those businesses react.

But the truth is, businesses all over the world build their online presence on a daily basis, and only rarely does this lead to trouble for the business. When it does, it’s almost always because of how the businesses react to negativity rather than the negativity itself.

Online Reviews Have An Impact

Some business owners are hesitant to be online due to the possibility of negative reviews. After all, you can’t please everyone and every business is going to have a dissatisfied customer at some point. If that person takes to the internet to complain, you’re toast, right?

Just like negative comments on your posts, how you react to a negative review determines its effect on your business. In fact, in many cases a negative review that is answered honestly and helpfully can boost business more than just a straight positive review. Because it shows people you’re real and willing to help when the inevitable problem arises.

Case in point: New Years Eve, 2015 was a traumatic night at Kilroy’s Bar N’ Grill in Indianapolis. One of the patrons that night left the following review: 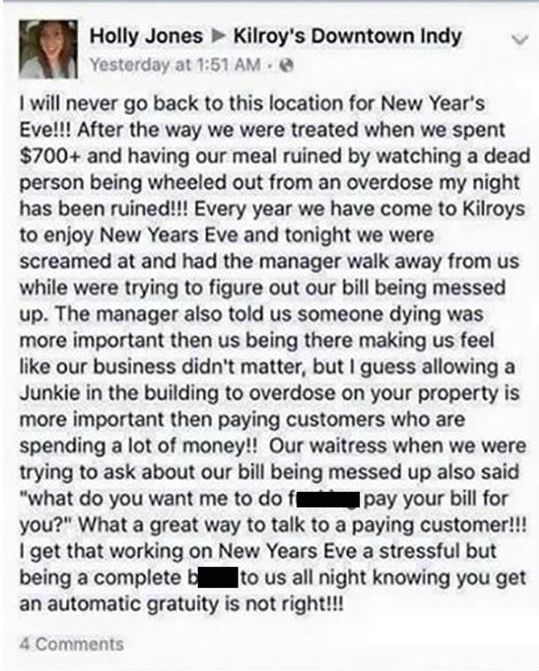 Is this the kind of thing that makes you break out into a cold sweat? It has the potential to destroy a business, right? Well, if Kilroy’s had ignored it, perhaps. Instead, the manager posted the following reply:

Normally, you’d think telling off a customer is a bad thing, right? But in this case the customer was so clearly over the top and wrong, that the reply had a galvanizing effect. The post went viral, and people all over the country began expressing support for Kilroy’s. Media picked up the story, and business shot up. This negative review became the best advertising Kilroy’s could ever have asked for.

The main thing to realize is that whether or not you choose to participate in the conversation, you’re being discussed online somewhere. Sites like Yelp or other local review sites don’t need your permission to display reviews by your customers. And patrons are free to discuss their experiences in your store on Facebook, Twitter, or any other social media site.

Case in point: In 2008, Dave Carroll was flying United Airlines with his band. He’d checked his guitar – a Taylor worth $3,500. When he claimed his luggage at his destination, he discovered his guitar had been severely damaged. Repeated attempts at compensation or redress with United were rebuffed and ignored. So Carrol wrote a song called, “United Breaks Guitars” and posted it to YouTube.

The song became an instant viral hit, and United stock fell by 10%. Why? Because the company thought it could ignore Carroll and his social media post. If they’d been on top of things and immediately made the situation right they could have turned the story positive, perhaps like Killroy’s bar did this January. (Of course, it can be argued that once you ignore and rebuff a customer complaint for 9 solid months the genie is out of the bottle.)

While there may be a slight possibility that your online presence could hurt your business in some way, those risks are easily mitigated by simply paying attention and treating online complaints just like you would in-store ones: Handle them quickly and show the world what your customer service is made of.

Avoiding being online because you’re afraid you’ll generate negative reviews is only burying your head in the sand. Reviews are out there. Occasionally one will be negative. Would you rather let it stand, or actively engage and give yourself the opportunity to display your great customer service to the world?